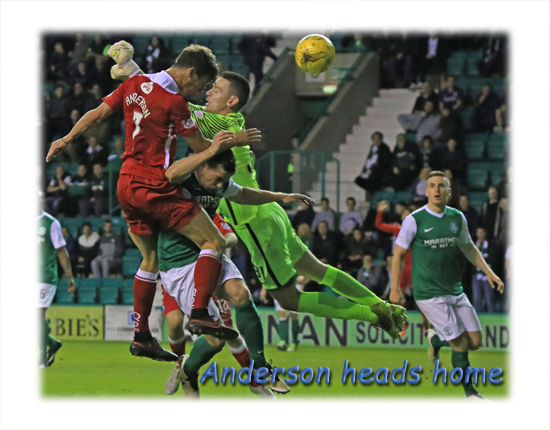 Queen of the South come from behind with three second-half goals to knock Hibs out of the League Cup.

One replacement, Dean Brotherston set up Stephen Dobbie, another substitute, for the equaliser just after the hour.

Brotherston then created their second for Grant Anderson before Lyndon Dykes smashed in a third seven minutes from time to complete a stirring fightback.

Neil Lennon's side caved in under the pressure. Their lead came when a James Keatings free-kick was knocked back across goal by Fontaine to Hanlon, who put it away.

At that point, and for a long time after, they looked like certain winners. Four minutes after Hanlon scored, Holt should have made it two, but the veteran striker missed a total sitter at the back post. Keatings then had two attempts, both saved by Lee Robinson. Then they had another sitter, Fontaine missing this time with a close-range header.

Hibs kept posing a threat and kept working Robinson. The goalkeeper made a terrific double save from Lewis Stevenson and Keatings early in the second half to keep his side alive.

Gavin Skelton, the Queens manager, made changes after the break and they reaped a whirlwind.

When it came, the equaliser was a shock, a bolt from the blue. Brotherston created it down the left for Dobbie who caught the Hibs defence sleeping. The bitter irony for Lennon was that Dobbie was his player last season at Bolton.

The visitors went into overdrive at that point, going after the game hard and piling the pressure on Hibs who found nothing in reply. Queens were the vulnerable ones in the opening half, now it was Hibs going to pieces at the back. From a Brotherston cross, Anderson nutted Skelton's side into the lead.

The assurance goal was a peach. Dobbie was involved, playing the ball in from the left and when it fell to Dykes he thundered it past Ross Laidlaw in the Hibs goal. A terrific flourish to cap a wonderful comeback.

Queen of the South manager Gavin Skelton: "Best thing about the first half was we were only 1-0 behind. Hibs are a really good side but I felt if we got to 60 minutes at 1-0 we'd have a chance. All three goals were really well worked."

Hibernian manager Neil Lennon: "We should have been three or four up at half-time. The longer the game's at 1-0 the likelier you are to give the opposition encouragement. We only have ourselves to blame. We gave the tie away. We didn't play badly but I'm concerned about the last 20 minutes, certainly from a defensive point of view." 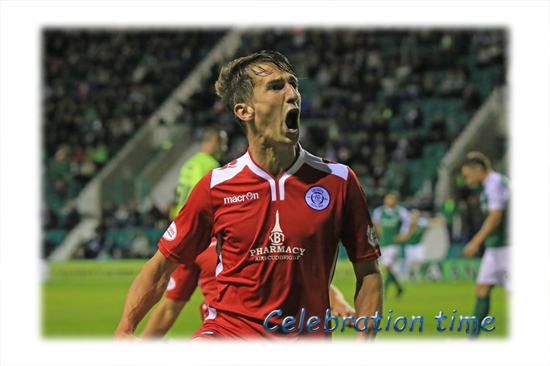