The following has just been released by Queens on the OS

The club are delighted to announce that all admission prices for next season will remain the same as last season.

Season tickets for 2014/15 will go on sale from the Club Office on Tuesday 17th June from 10am. Remember, the club office opening hours are 10am - 3pm, Monday - Friday.

Look out for another announcement soon about our brand new online store where you will be able to order your season ticket online. 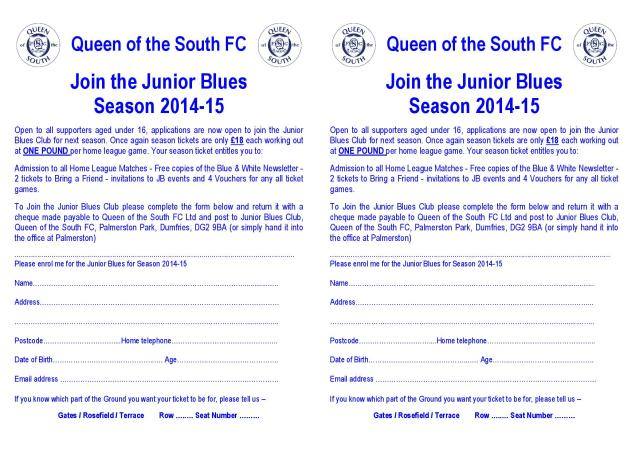