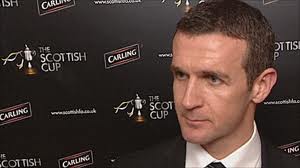 Reflecting on Queens 4-2 defeat at Ibrox,Queen's boss thought it was a bit harsh on his injury ravaged side. Speaking on Queen's Official website he thought  Queens competed well in the first half but could have perhaps taken advantage of their superiority and added more to their deserved 2-1 interval lead.

He added that Holt's unfortunate stumble that lead to Templeton's equaliser was the turning point to the game and also that Rangers first half counter should not have stood because of foul play.

He concluded that there were many positives to be gained from the performance.

Queens Mad has the opinion that with Lyle's injuryto add to the rest of the walking wounded,Queens will be glad of the two week break ahead to consolidate and lick their wounds in preparation for the tough fixture with Falkirk in a fortnight.