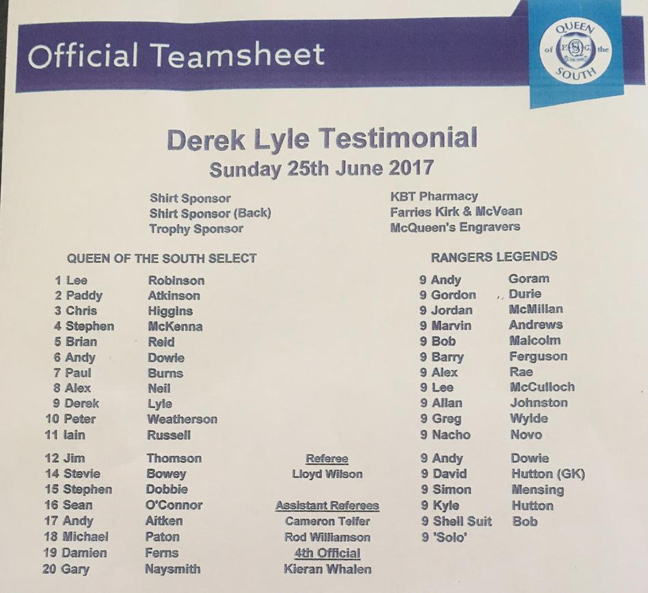 The fans who turned out for Derek Lyle's testimonial were entertained to a goal fest in which the Queens eleven defeated the Rangers legends. Queens Weatherson showed he still has an eye for goal and Paul Burns looked fitter than ever and strolled through the game. Bowey also looked in good nick and Andy Aitken minus all his hair strolled through ehe game.

The Rangers side contained some old heroes including Andy Goram who only lasted about 20 minutes but ex Queens hero Johnston was outstanding along with Nacho Novo and Alex Rae. The formidable hulk of Marvin Andrews was very much in evidence and there was a surprise guest player on the right wing who earns his living on the set at River City.

A large following game down to support Lyle from the the Central Belt with the Larkhall Rangers Loyal banner displayed in the East Stand.

Derek adorned a Rangers jersey for some of the second half and on the final whistle his wife and son paraded round the touchline much to the delight of the fans.

I have included some images supllied by www.qosfc.com from a memorable afternoon. 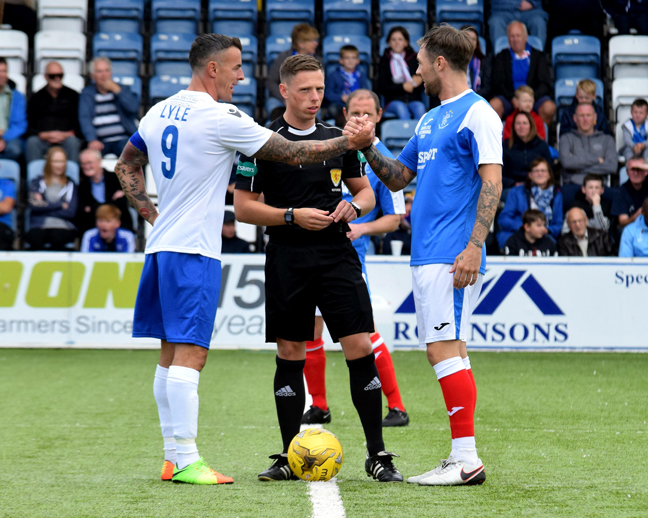 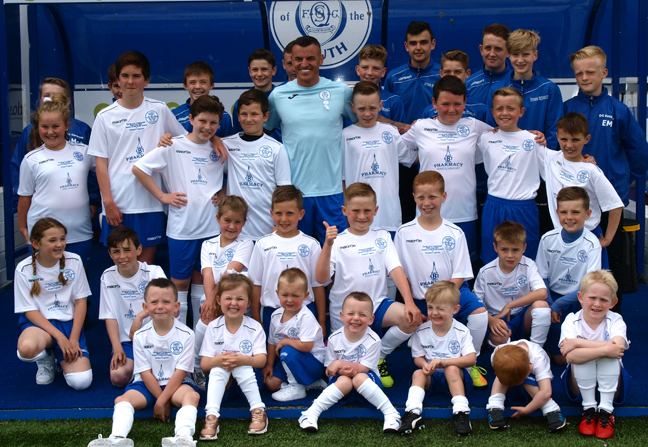 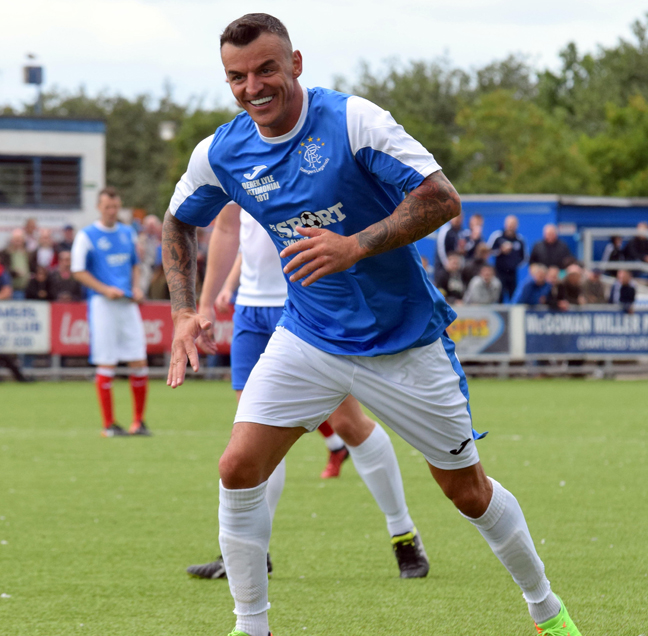