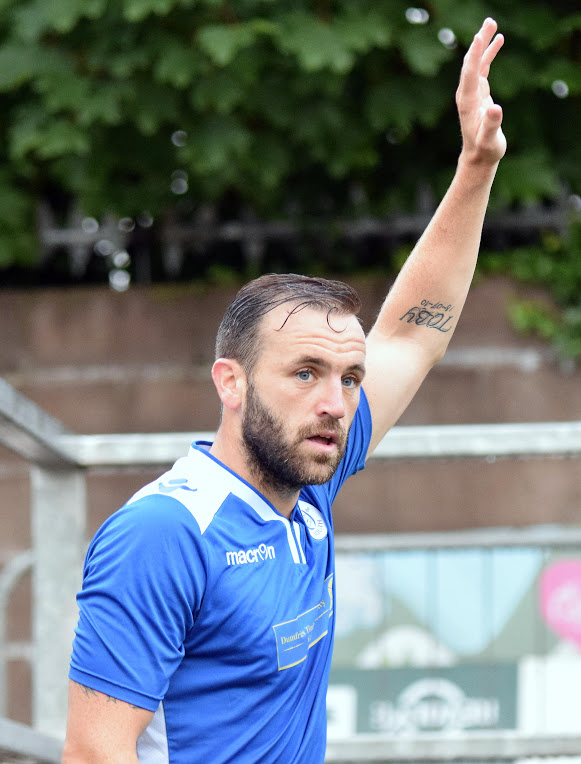 John Rankin is hoping that Queen of the South are able to tempt former Scotland talisman James McFadden into joining the club after doing his pre-season with Gary Naysmith’s men.

McFadden left Motherwell at the end of last season after spending the campaign as assistant manager to Mark McGhee and then Stephen Robinson, a role which limited his playing time on the field.

But Rankin has seen enough in the 34-year-old over the summer to believe that there is still some of the old magic left in his boots, and he believes it would be a major coup should McFadden’s former Everton teammate, Gary Naysmith, persuade him to join the Championship club.

Rankin said: “Faddy has been in training for six or seven weeks. James just wanted to get himself fit as he had a year out last season being the assistant at Motherwell. He’s the same as myself and looking to play.

“James is enjoying being injury-free, training every day and he’s looking in really good shape.”

Despite his lack of match action in the last 12 months, Rankin is sure that McFadden could make a contribution for his side.

“I’ve been working with him myself in the afternoons in the gym and I think there is still some life left in the old dog yet, shall we say,” he said.

“I don’t know if there is anything in it. He played with our manager at Everton and he’s local to our training facilities at Hamilton.

“But James is a credit to himself and the ability is still there for everyone to see.