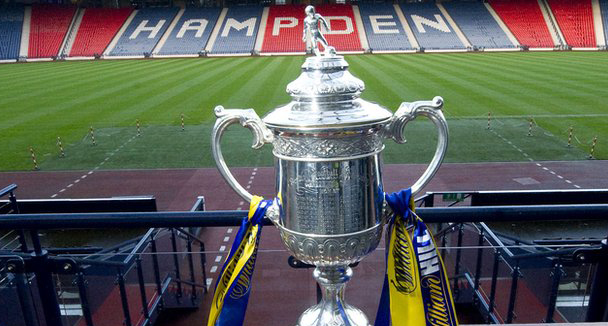 CAPTAIN David Gray was refusing to even think about anything other than a Hibernian victory in this afternoon’s William Hill Scottish Cup final against Rangers at Hampden.

The full-back and his team-mates spent the week trying to recover from the devastation of last Friday’s Ladbrokes Premiership semi-final play-off defeat to Falkirk.

Gray, who was also part of the team beaten in the League Cup final by Ross County, said: “I know the feeling I had last Friday night and it is not a feeling I can even contemplate having again.

“Dealing with the disappointments on Friday, waking up with it on Saturday and having to think about that happening again is something I don’t want to do.

“[The Ross County defeat] was the same sort of feeling. Watching someone else go up and lift the trophy was a massive disappointment for me and we were all hurting. It would have been worse if we hadn’t turned up. I thought we played well and were maybe just a little bit unlucky on the day.

“But we didn’t win so we need to make sure that we can try to put it right this weekend.

“Our aim was to get promoted. We made that clear all season and we didn’t do it. If we coul