Dundee United marched into the Irn Bru Challenge Cup final after holding off a late Queen of the South fightback.

Tony Andreu chipped in a fine third to seemingly put the tie beyond the hosts.

However, Stephen Dobbie scored and Derek Lyle added a second in injury time as the Doonhamers made a gallant effort to claw back the deficit.

United will face St Mirren or The New Saints in the final, who meet on Sunday in Paisley.

Dundee United were ahead in the opening minutes when Andy Dowie headed the ball into the ground inside his own box then struggled to clear, allowing Telfer to pounce and drill home.

And Queen's defending was again questionable as Fraser made it 2-0.

Dowie elected to pass back towards Chris Higgins, putting his team-mate in trouble, and as the home side desperately tried to clear their lines under pressure from a sea of tangerine shirts, Fraser was able to lash the ball home at the second attempt.

There was little the home side could do though about Andreu's sublime finish for the third.

The Frenchman played a one-two with Simon Murray before clipping the ball into the top corner from the edge of the box.

Stephen Dobbie (left) pulled one back for Queen of the South early in the second half. 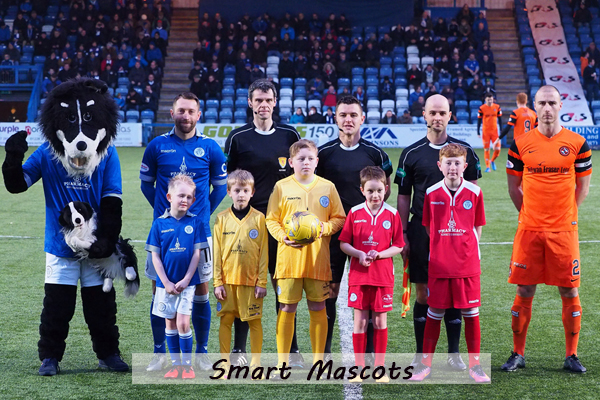 Despite the scoreline, it had not been all one-way traffic. Lyle fired across goal after shrugging off his marker and Kyle Jacobs shot over as the hosts threatened. 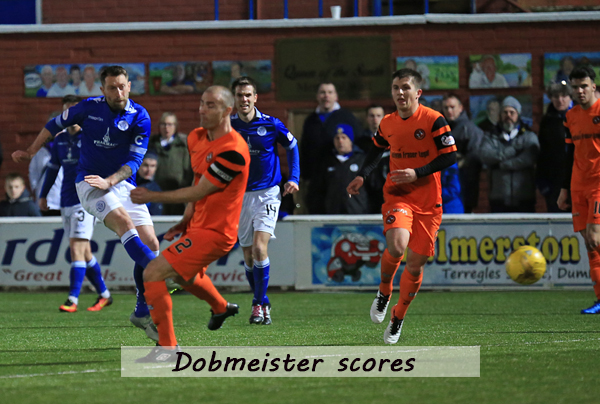 And five minutes into the second half they pulled one back when Dobbie cut inside and found the left-hand corner with a low shot.

It should have been two when Lyle's ball across goal found Connor Murray. He failed to hit the target but the ball was still alive with United desperately trying to scramble it clear until it broke to Dobbie, who somehow blasted over the bar.

Dom Thomas was proving to be a handful on the right-hand side and he smashed a long swerving shot that Dundee United goalkeeper Luis Zwick had to push wide.

At the other end Lee Robinson pulled off a superb double save to deny Fraser.

Queens kept going and got their second when Thomas stabbed the ball across to Lyle who bundled it over the line in time added on, but they could not find a third.

Queen of the South manager Gary Naysmith: "I'm disappointed because I thought we were the better team for the duration.

"You can't defend how we defended and as proud as I am of the players for their second half performance the defending for their goals is what's cost us.

"We should have been in the final because we were the better team."

Dundee United manager Ray McKinnon on BBC Alba: "We are glad to get through.

"We are a bit disappointed with the second-half performance - we lost a couple of goals, which were avoidable. But we are happy to come down here and win against a strong side.

"We showed a lot of character and dealt with what they threw at us, though we were relieved to hear that final whistle.

"The main objective was to get to the final and we have done that."