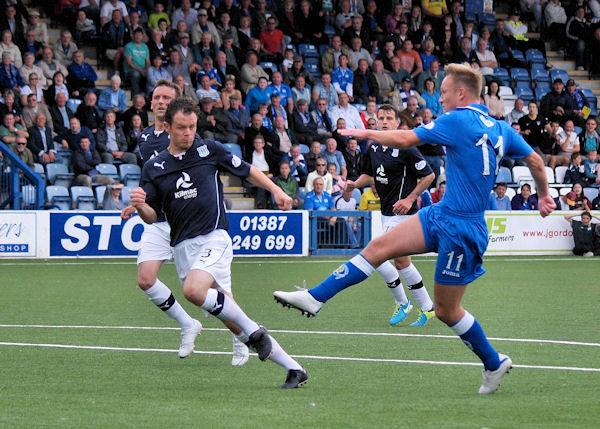 Armchair viewers are set for a TV bonanza next season after Hibs'relegation added further spice to the Championship.

The Easter Road club's humiliating defeat on penalties to Hamilton confirmed they will fight it out with Hearts and Rangers in the second teir for the one automatic promotion place on offer.

And,in the light of Sunday's drama,several TV companies are now vying for the right to screen additional matches from what promises to be Scotland's most competetive division.

As things stand Sky are in line to screen five Rangers games next season,with BT Sport contracted to show ten matches featuring the Ibrox club. However with the added interest from the two capital clubs now confirmed,it's believed BBC Alba have already kicked off talks about the prospect of showing sixteen further matches not involving Rangers.

An SPFL spokesman said 'We have regular conversations with our broadcast parteners which are commercially confidential and we expect to announce the broadcasting arrangements for season 2014/15 in the coming weeks'.

There is no doubt there will be extra revenue heading Queens way from TV rights this season and this winfall will be welcome at Palmerston and there are indications from Queen's chairman that more funds will be available for the players budget.

It should be an exciting season ahead and I'm sure the Doonhamers will give Rangers,Hearts and Hibernian a run for their money.

Meanwhile I'm off to secure my season ticket for next season.