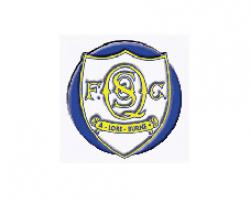 Conroy keeps Dundee topDundee retained their place at the top of the Scottish Championship as Ryan Conroy's goal proved enough to see off ten-man Queen of the South with a 1-0 victory.Gavin Reilly had the game's first chance as his effort was caught by Kyle Letheren in the Dundee goal.Queen of the South stopper James Atkinson was dismissed shortly before the break as he denied a goal-scoring opportunity

Conroy tucked away the resulting penalty to get his seventh goal of the season.Ian Russell came close for Queens, as his effort from close range smashed against the crossbar on the hour mark.Christian Nade nearly doubled Dundee's lead he unleashed a shot from 25 yards which rattled the post as the visitors looked to see the game off, but they held on for a valuable victory