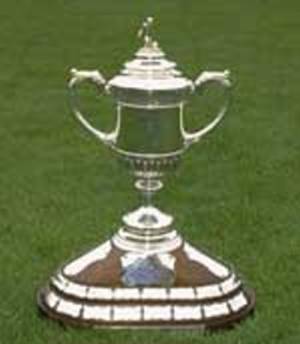 St Mirren set up a Scottish Cup fifth round tie against Dundee United after defeating Queen of the South in a fourth round replay in Paisley.

A wonderful lob almost had Harkins getting a second before Derek Lyle clipped the crossbar for Queens.

A little bit of closure, then, for Saints manager Danny Lennon, whose side were dumped out of the Scottish League Cup by Queen of the South in August.

Their passage to a fifth round clash at Tannadice in February was relatively smooth, shooting on target many more times than their Dumfries visitors did.

Kenny McLean's fizzing strike was well kept out by Queen of the South goalkeeper Zander Clark moments before Harkins got the first-half goal.

It was McLean's perfect cross that found Thompson at the back post and the big striker headed down for Harkins to execute, even though the former Kilmarnock midfielder made a bit of a meal of doing so.

His subsequent lob from 35 yards was much classier but narrowly missed.

Jim McIntyre's Queen of the South did threaten on occasion, Lyle hitting the top of the crossbar after showing great technique to send in a shot after a half-clearance.

Iain Russell squandered a couple of good chances early in the second half before Thompson made them pay for the profligacy by re-directing Marc McAusland's deflected shot beyond Clark.

Saints goalkeeper Marian Kello was called upon to deny Lyle as the visitors tried to get themselves back in the tie.

But Kelly ensured there would be no way back for Queen of the South with a superb strike into the top corner.

St Mirren manager Danny Lennon: "To go through in the manner of the three goals was particularly pleasing.

"We defended absolutely fantastically well. That's our fifth clean sheet in nine games now, so I think that emphasises how hard we are working collectively as a team.

"What they threw at us we coped with very well. Marian [Kello] had one save to make.

"Gary [Harkins] shows the true quality he has, He's never been out of my plans, it's just the boys that have come in have held the jersey.

"Delighted for Sean Kelly to get his first senior goal."

Queen of the South manager Jim McIntyre: "St Mirren were deserved winners tonight and it's a sore one because we're better than what we showed.

"I was disappointed with the way we started the game. We looked a wee bit nervous at times which has not been like us against the bigger sides in the cup.

"But credit to them, they came out after half-time and had a real go. I thought that if anyone looked like scoring, it was us, and we've been done on the counter-attack."

Queens made far too many errors and lacked punch in front of goal to seriously test St Mirren who sadly picked off us off in the final stages. 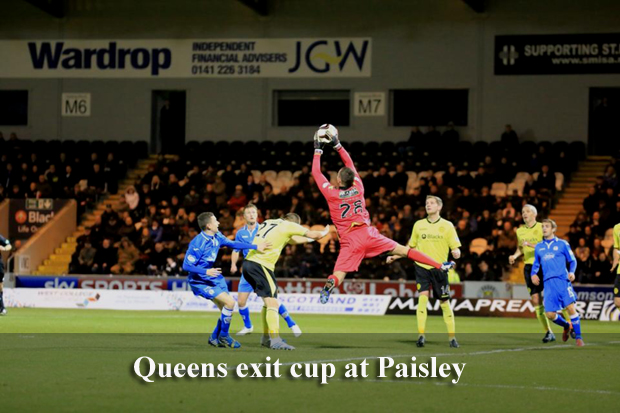