Queens Take Rangers To The Wire 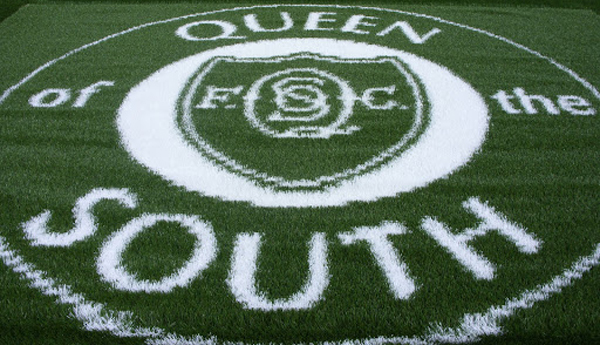 Leaders Rangers edge seven-goal thriller against Queen of the South

A early second-half goal blitz earned Rangers a 4-3 victory over Queen of the South to edge them closer to a return to the Ladbrokes Premiership.

Englishman Harry Forrester got the ball rolling for the Light Blues with an early goal in what appeared to be a routine Rangers home victory.

However, any chance of that was soon removed when Iain Russell slotted home a penalty on 25 minutes as the hosts began to look shaky.

Rangers roared back into life during a crazy 10-minute spell at the start of the second half in which goals from Michael O'Halloran, Andy Halliday and James Tavernier fired them into a commanding lead.

Mark Warburton's men will once again face questions about their defensive vulnerability though, as goals from Gary Oliver and Mark Millar made it a much tighter finish than it needed to be.

Rangers made two changes from last week's defeat at Falkirk as O'Halloran and Forrester came in for Barrie McKay and Billy King who were on Scotland Under 21s duty in midweek.

Lewis Kidd, Ryan Conroy, Russell and Andrew Dowie came into the team for The Doonhamers, who were missing Derek Lyle and Chris Higgins through suspension, while Rangers loanee Andy Murdoch was ineligible and Dale Hilson dropped to the bench.

Rangers, roared on by a lively crowd, made a blistering start to the match and their early domination paid off on 13 minutes.

A clever back heel from Halliday played in the lively Forrester down the right wing, who kept his composure to finish well with a low strike from inside the box.

The vocal home support were silenced just 10 minutes later when Russell was scythed down inside the box by Rangers' skipper Lee Wallace.

Russell duly slotted the resulting spot-kick home to send the teams in level at the break.

Whatever Mark Warburton said at half-time clearly worked, as O'Halloran put them back in front just two minutes after the restart, firing home on the half volley from a Wallace cross.

The reinvigorated Rangers team, playing with at noticeably higher tempo, flooded forward in waves of blue attacks and doubled their advantage just five minutes later when Halliday acrobatically struck home from a Kenny Miller cross to cap off a fine Rangers move.

The Championship leaders were back in the groove, passing the ball slickly across the wet surface and made it 4-1 on 56 minutes when Miller once again provided the assist, this time nodding back across goal for Tavernier to slot home from close range.

The early second-half goal glut continued, however this time it was the side from Dumfries who responded just a minute later, as former Hearts man Oliver slotted home after good work from Russell.

Queen of the South made it a nervy finish for the home side when Millar beat Wes Foderingham with a low drive from outside the box in the 90th minute but Rangers held on to edge ever closer towards a return to
top-flight football. 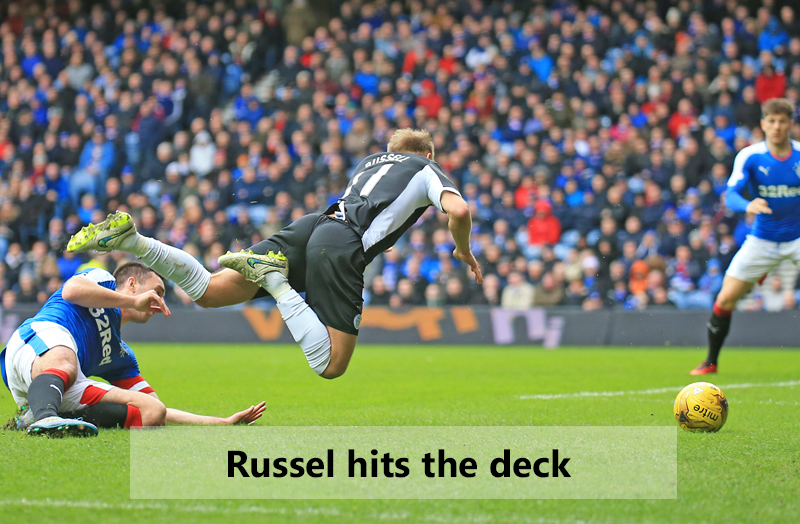 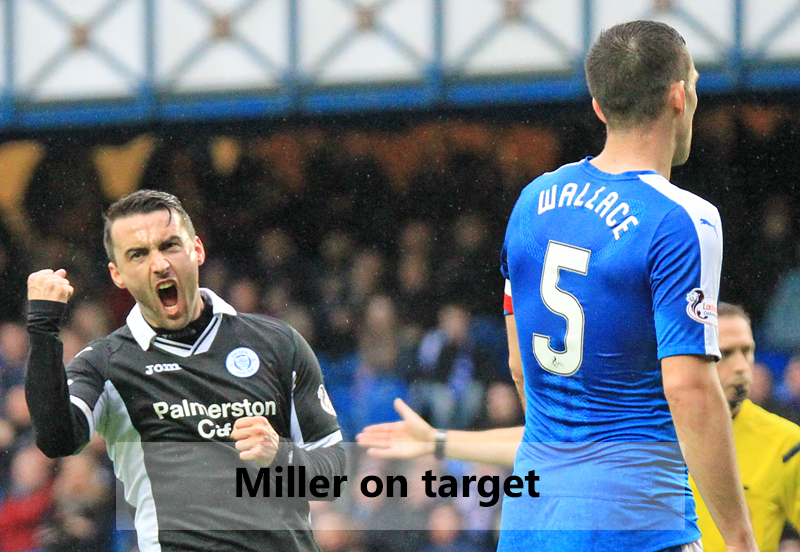 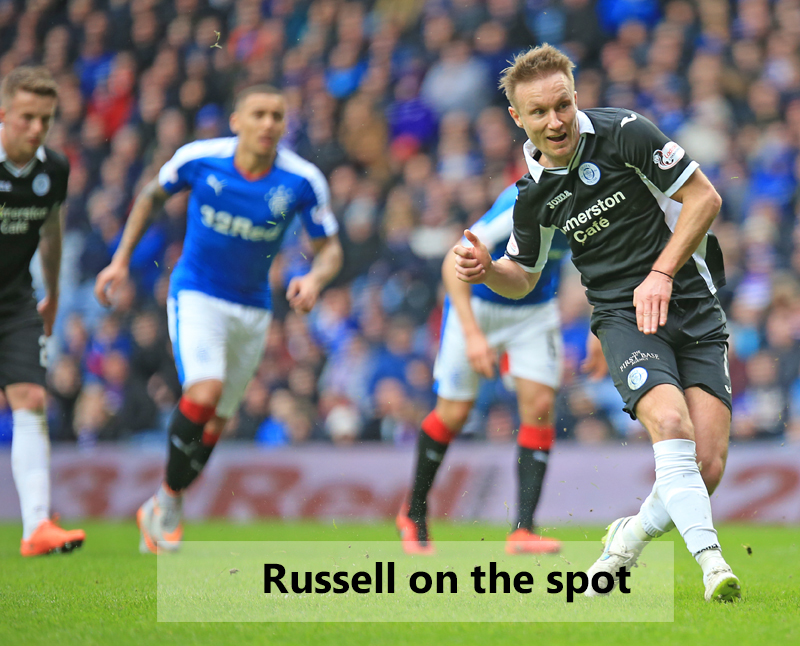